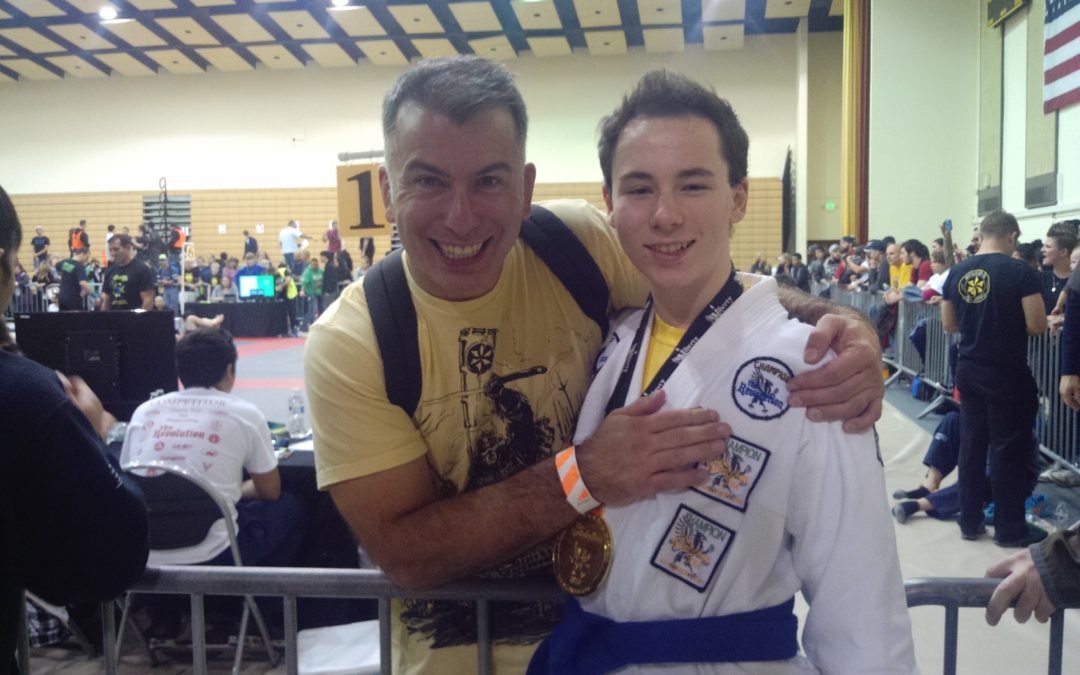 First off, let me say that some of my best technical students never compete.  They just do not want to engage in martial arts on that level.  During my late twenties and early thirties, I stopped competing because of the needs of my family, only to start to compete again in my early 40’s.  Competition is not necessary to become a great martial artist.

Garrett is is personification of the growth mind-set. He has risen through the ranks competing as a white belt, losing time after time, only to come off the mat unaffected simply saying “what can I do to improve?”  He sets about not just uttering the words but, in a committed and deliberate way, refines his skills and then works to better himself. Over time he has become the person that every kid in the Juvenile division dreads competing against. I have seen him win handily, like this weekend, where he beat a very tough competitor he has competed against before, each match lasting less than 40 seconds.  I have also seen him on the receiving end of losses like he dolled out.  The “even keel” calm and deliberate way that he trains and teaches is a great example to all.

We are so proud to have Garrett as a staff member and someone who represents our Ribeiro Jiu-Jitsu Program in competition. He is a towering role-model of “real-martial arts” with its core humility, respect, control and the growth mindset.

Do not mistake kindness for weakness!